So. Maybe I’ve been looking at Mondays all wrong. Maybe, just maybe, instead of a harbinger of gloom, I should look at it as a fresh start to a new week where anything is possible. Yeah, right. I mean, Yes! Right! Let’s give this positive thinking a whirl. Wish me luck. 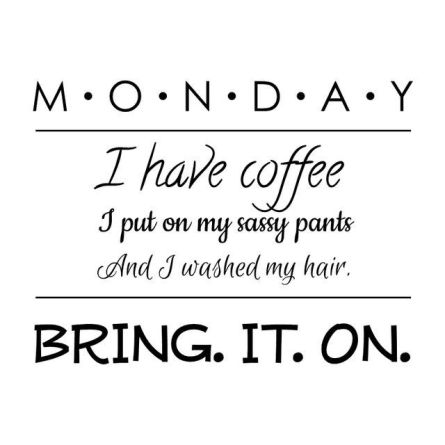