To my U.S. friends — as we all enjoy our trip to the beach, those overdone hamburgers and hot dogs, the festivals and parades, and the long weekend with our families, let’s never forget those who have given us the privilege…let’s never forget the true reason and meaning behind Memorial Day. Enjoy your celebrations, but please, remember to honor the dedicated men and women of our military who never made it home.

I hope all of my U.S. friends enjoy their Memorial Day celebrations.  Please remember to honor the dedicated men and women of our military who never made it home. Although a simple thank you will never be enough, my family and I are grateful, from the bottom of our hearts, for the service of those lost. I implore you all to keep the military animals in your thoughts as well. So many brave dogs, horses, and other animals have given their service to this country, including laying down their lives alongside their human servicemen and women. Please remember them all this Memorial Day, human and animal alike. 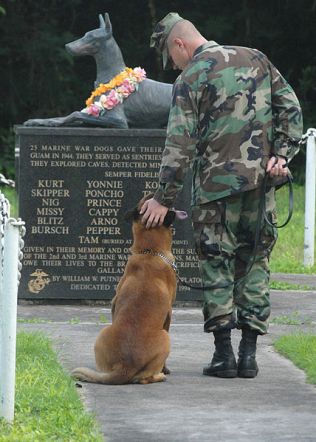 So I want to thank The Ugly Duckling’s Life again for including me in the Quote Challenge.  You should check out her blog, it’s really very interesting and cool.

So, here is my second quote, this one from a movie…I have yet to read the book the movie was based on, though I have it on my bookshelf and keep meaning to.  I’ve always thought it would be exciting to strike out and start a “new life” doing something as unique and challenging as running a zoo (though the family’s circumstances that led them to it were sad) or beginning life anew a la “Under the Tuscan Sun.” I’d like to think I’d be brave enough to go out into the world if the opportunity presented itself.

“You know, sometimes all you need is twenty seconds of insane courage. Just literally twenty seconds of just embarrassing bravery. And I promise you, something great will come of it.”  ~Benjamin Mee (We Bought a Zoo)

And here are the rules for the Quote Challenge:

Along with other bloggers I’ve seen though who have done this challenge, I’ve decided to ignore rule #2. No one likes to be ignored at the party (and quite frankly, all of the blogs I follow are amazing, which is why I follow them), so I’m extending an open invitation to this challenge for anyone who reads this and would like to participate.  So – have at it!

“Sticks and stones may break your bones, but words will never hurt you.”

That old truism has long been debunked. People who are prone to low self-esteem (such as teenagers) usually can not just ignore comments about their weight or their looks made from their peers (as in, other teenagers). Girls who have been called “fat” will desperately starve themselves to lose weight in an effort to stop the teasing – only to find that the clique of “mean girls” will just find something else to tease them about. In fact, these “mean girls” usually have a never-ending supply of hate that they’re more than willing to spew at those around them just to make themselves appear superior.

Physical bullying, beating someone up, is a horrific experience, don’t get me wrong. But too often verbal bullying is trivialized and made to seem “not so bad” when in fact, not only is it just as bad, it’s sometimes worse.  Verbal bullying is insidious and unceasing – especially with today’s technology of Facebook, Twitter, email and so on.

Bullying in school has long been considered an inane “rite of passage.” I don’t ever remember a teacher in my school standing up for a bullied kid – but then, most kids who are bullied don’t “squeal” to their parents or teachers in authority because they think that will just make the bullying even worse, and they’re usually right. Sadly, the school system (especially back in my day) is just not willing to do the right thing and stamp out bullying once and for all…even when concerned parents take a stand.

Instead, they turn a deliberately blind eye until something tragic happens.  It should never get to that point, people.  And this mentality has unfortunately crept its way into the minds of too many young people (hell, even adults). Kids will simply stand by and watch bullying without doing anything about it or they walk on, keeping their head down and not getting involved.  But if the bullied kid tries to fight back and becomes a “squealer” or a “tattle-tale” – they will shake their heads in contempt and wonder why the victim (except they don’t think of the word victim) can’t fight their own battles! These people don’t understand that it’s a battle that cannot be won alone.

I’m thinking of the story I just read about 14-year-old Carleigh O’Connell, over at the Huffington Post. 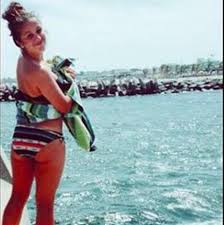 If you don’t want to click the link in the photo, I’ll tell you the story. She’s a normal sized girl, with normal sized hips – not a skeletal stick figure which is what all the girls are apparently supposed to look like these days. Someone spray-painted the words “Carleigh’s Ass” on a cement block located at a popular beach spot where everyone in town could see it.

Carleigh was initially hurt and embarrassed – who wouldn’t be? – but then she decided to show her would-be tormenters that they couldn’t push her around. She dressed in a bikini, stood on the block with her butt to the camera, and proudly showed it off. She shared the photo on social media and it has gone viral.

She’s being praised as someone who is sticking up for healthy body images for girls. I mentally applauded her for the way she handled the situation. Hell, I gave her a standing ovation.

And it got me to thinking some more.

What is bravery? To me, I don’t think bravery can simply be summed up as doing something that should be rewarded with a knighthood, a treasure, a medal, a trophy, or a statue. True bravery can be, and often is, small. It can be something other people don’t even notice. It can be a quiet, personal message to one other person if you want it to be. Or it can even be just for you.

Simply facing a bully or in this case fighting back against graffiti is an act of pure bravery.

In this day and age of social media, it would only take one or two people to get the ball rolling.  Instead of staying silent when you see someone being bullied (or worse, joining in because of peer pressure), you flip the script and call out how horrible of a person the bully is and post a comment on FB or other social media that draws attention to how this certain person is being unjustly cruel to someone else.

Yes, yes, this is definitely a case of fighting fire with fire, but is that so wrong?  This is not a problem with a simple solution. I bet it would cause some hot debate in an ethics class.  Is bullying a bully or rather “outing” a bully considered bullying?  Why should they be allowed to hide behind their atrocious personality or anonymous online postings?  Shouldn’t they be forced to come out in the open so people can make a judgment call on THEM and THEIR behavior?