Anyone ever vacuum and then wonder how the cat(s) can possibly still have any hair left on their body? I’m asking, you know, for a friend. Yeah. A friend.

I mean, I’m just saying, I feel like if I had the right laboratory equipment, I could have a whole other cat with the hair that ends up in my vacuum every day. 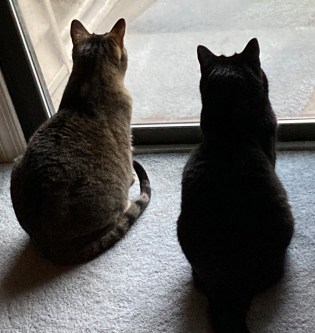 The Outside Channel was quite entertaining today. Viewers gave it a paws up for content but found the accessibility a little frustrating. 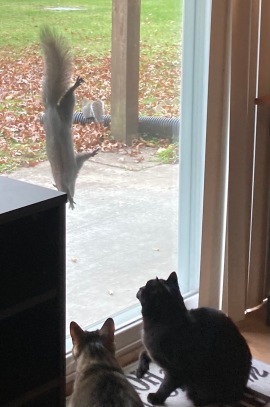 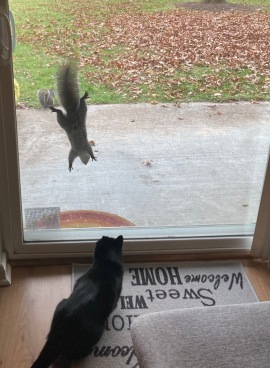 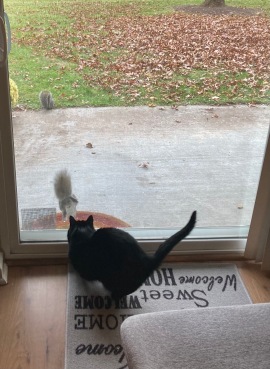 I know I’ve been talking cats quite a bit lately, but what can you do? They’re such great subjects. Recently, I found that someone, who shall remain nameless, is failing at their job as servant to the almighty feline overlords. It’s me. That someone is me. I’m someone. Take note of the accompanying picture. This is Shaylee, one of my personal feline overlords, and she will remain locked in this very position, oozing contempt and staring at her water fountain until someone, like me, a trusty servant, turns it on. Even though she has a bowl of non-moving water right next to her heaping full bowl of food. But does that matter to her? Nope. I’ve heard some people say that it’s not good to leave big bowls of food out for your fur babies, but in the case of Shaylee, if it’s not full, she will annoy you until it is. Trust me on this. 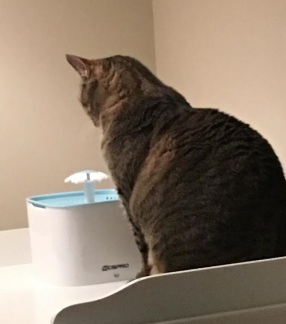 Don’t even get me started on cat litter brands. A friend of mine was telling me that he tried a few times to switch cat litter brands, but his cat, Archie, wasn’t very keen on the idea. This orange bundle of joy decided that pooping in the bathtub would work much better than the new litter. While some people might think this cat was just being a dumb animal, perhaps his actions were far more genius than given credit for. Hear me out. Archie found a litter that he was very content doing his business in, it felt good on his paws, and didn’t have that overly perfume-y scent… but due to the lack of that product’s availability at the local store, his owner opted for a similar brand. Similar is not the same. Similar is different. Similar will not do. Archie checked it out, scratched it up a little, and then left. It wasn’t until the next morning that his owner was greeted by a fresh pile of cat poop while stepping into the shower. Well, at least it was in the shower, his owner thought, easy cleanup. Until it happened again that evening to his wife. That didn’t go over nearly as well. So, where’s the genius in this? Well, would you rather step in cat crap (or worse, be on the receiving end of your spouse’s rant about stepping in cat crap) or just drive the extra 20 minutes to get the litter your cat likes? That’s exactly what happened in this case, and needless to say, Archie got what Archie wanted. Dumb animal indeed.

Of course, I could have saved my friend a lot of grief if he had just reached out prior to making such an ill-conceived decision. I must say though, I’m impressed with his brave, albeit failed, attempt at asserting his … dare I say… ownership. Shaylee trained that out of me long ago.

Sometimes I think it may have been easier to raise kids than it is to keep these furry little hellspawns happy. For instance, Shaylee’s favorite place to be in the entire house is the bedroom. Unless the door is shut. Then, in that case, she wants to be in the living room. If nobody is present to act upon the ruling command of her highness, she will constantly rub up her paws against the door. Which is better than scratching it I guess, but it still produces a rather horrendously annoying sound. Think nails on a chalkboard but squeaky. Sometimes I just sit there and attempt to wait it out. However, my patience proves to be no match for Shaylee’s unrivaled determination. And I start thinking, “Hey, she won’t keep it up for long,” but time and time again, she proves me wrong. That god-awful noise will continue to resonate through the house until I answer the beck and call to let her out or in. And don’t even dare close the door after she leaves… or enters, depending on how this whole game started. Because the entire process will just start all over again. There are times when I sit down and think, she hasn’t noticed that the door is shut, maybe she’s occupying herself with other things or perhaps she’s conked out taking a cat nap, and I’m rewarded with a moment of precious quiet.  No sooner do I start a project or, God forbid, put my feet up, then BAM! The infernal sound of Shaylee’s paws against the door pierces my ears once again.

Okay, so have you heard about the snack zone? Let me tell you about the snack zone. Cat treats are kept in a pantry aka closet. The cats know this. But then again, MY food is kept in the pantry as well. As are my towels (hey, it’s a small condo, mind your business). If you open the door to the pantry, a treat is required every time. Every. Time. I feel like I have to pay a toll just to get into the closet. It has crossed my mind to try and break the habit and just not give her a treat whenever I’m getting stuff out of the closet but then I get to thinking. As intuitive and intelligent as cats can be, it may not be in my best interest to mess with her demands. It’s maybe a vicious and unforgiving cycle, but I feel it keeps me in her good graces.

You know, people have been training animals for years but with cats, I sometimes wonder if they’re actually training us. Who am I kidding, they are definitely training us. And, if that is the case, I don’t want to do anything that puts me on Shaylee’s shit list.

My cats watching me every morning and judging me as only cats can judge. 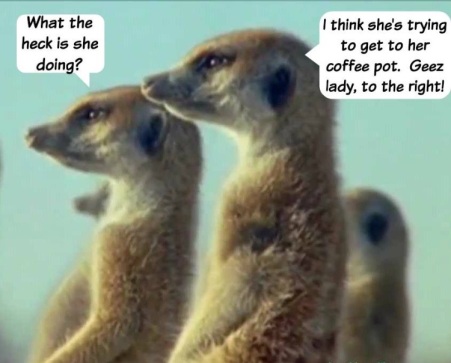 For Valentine’s Day, consider making a donation to your local animal rescue or shelter… all in the name of LOVE. 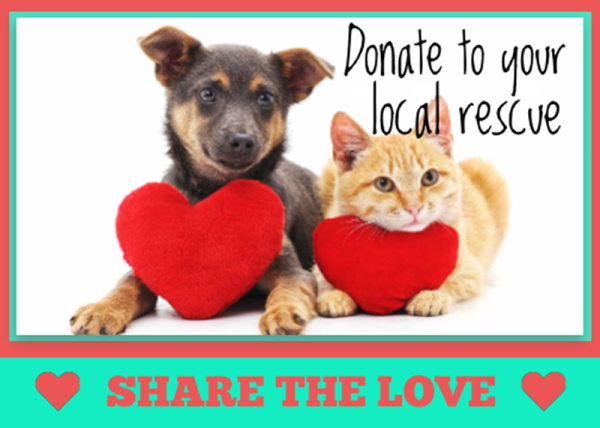 Before I get started, I want to make something clear. I love cats. I love all animals, but with cats, it’s a little bit of a love/hate thing so, know that this is a topic based solely on love. But seriously, if we’re being honest, cats are kind of asshoIes. I think my fellow cat owners will agree and understand where I’m coming from.

Of course, we’re owners in name only. Cats, as a rule, view us as giant servants. By employing two of their strongest assets, cute + cuddly (despite the razors on their feet), we willingly wait on them hand and foot, oftentimes dropping whatever we’re doing to answer their siren-like beck and call. Cats have it figured out. And don’t let anyone fool you, cats indeed know their names. In fact, I think they understand everything we say. Some dog owners will have you believe that cats are incapable of such mental prowess, that they lack the intelligence of dogs. I call bullshit. The real question here is not whether they understand you, but rather, whether they will deign to listen and come to you when you call for them. In most cases you’ll get “the look,” or maybe, if you’re lucky, an ear twitch, but you know they know.

I have a lovely little monster myself, named Holly, which I think literally translates to evil incarnate (when it’s a cat… I’m sure human Hollys are very lovely). She weighs all of 4 pounds and “though she be but little she is fierce.” There will be times when she starts to continuously meow and outright howl when she’s in a room by herself. Let’s just say she has a set of lungs on her that would make a banshee proud. Now, you might think it’s because she’s lonely. It’s not. She just wants attention and is unwilling to seek one of us out to get it – even though the condo is small and if she would simply be willing to journey out no more than 10 feet in any direction, she would be greeted by a person ready and willing to love on her. But no. She refuses. Why? Because she is a manipulative little jerk princess who demands we seek her out or desperately plead with her to come grace us with her holy presence. It’s her way of keeping the servants, er… I mean us, in check. And we do it. Why? Well, because her raucous lyrical beckoning normally begins around 11:00 pm or midnight, so our desire to keep her quiet tends to override any self-worth we might have in bowing down to the tyrannical feline overlord known as Holly.

Do you want to know how I know Holly understand what I’m saying? I’ll tell you. The other afternoon I was working at my desk, and she started doing her thing. She was out in the hallway, a mere few feet from me, but still around a corner, just out of sight. In a normal voice (so as not to alarm my zoom team members with an outrageous facial expression while I was on mute), I asked, “where are you?” and she came trotting right to me like a proud little puppy (for the love of God, don’t tell her I said that). So she knew the words, understood the words, and presented herself accordingly. If I were to call her deliberately, she wouldn’t come. And why? Because fuck you servant, that’s why. Unless of course I come prepared with an offering such as some string or even better, treats.  With a little shakey-shake, the feline princess will appear out of thin air.

All of this just to say, that cats do in fact know what you’re saying to them, and they know that you know that they know. They just don’t care. 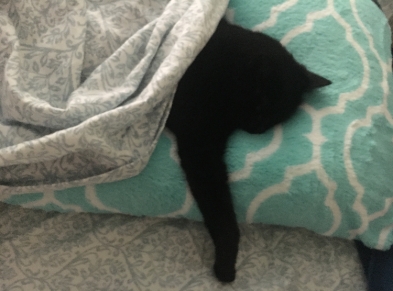 Anyone know a good exorcist? Anyone? A little help please…

Just a wild Friday night at my house. 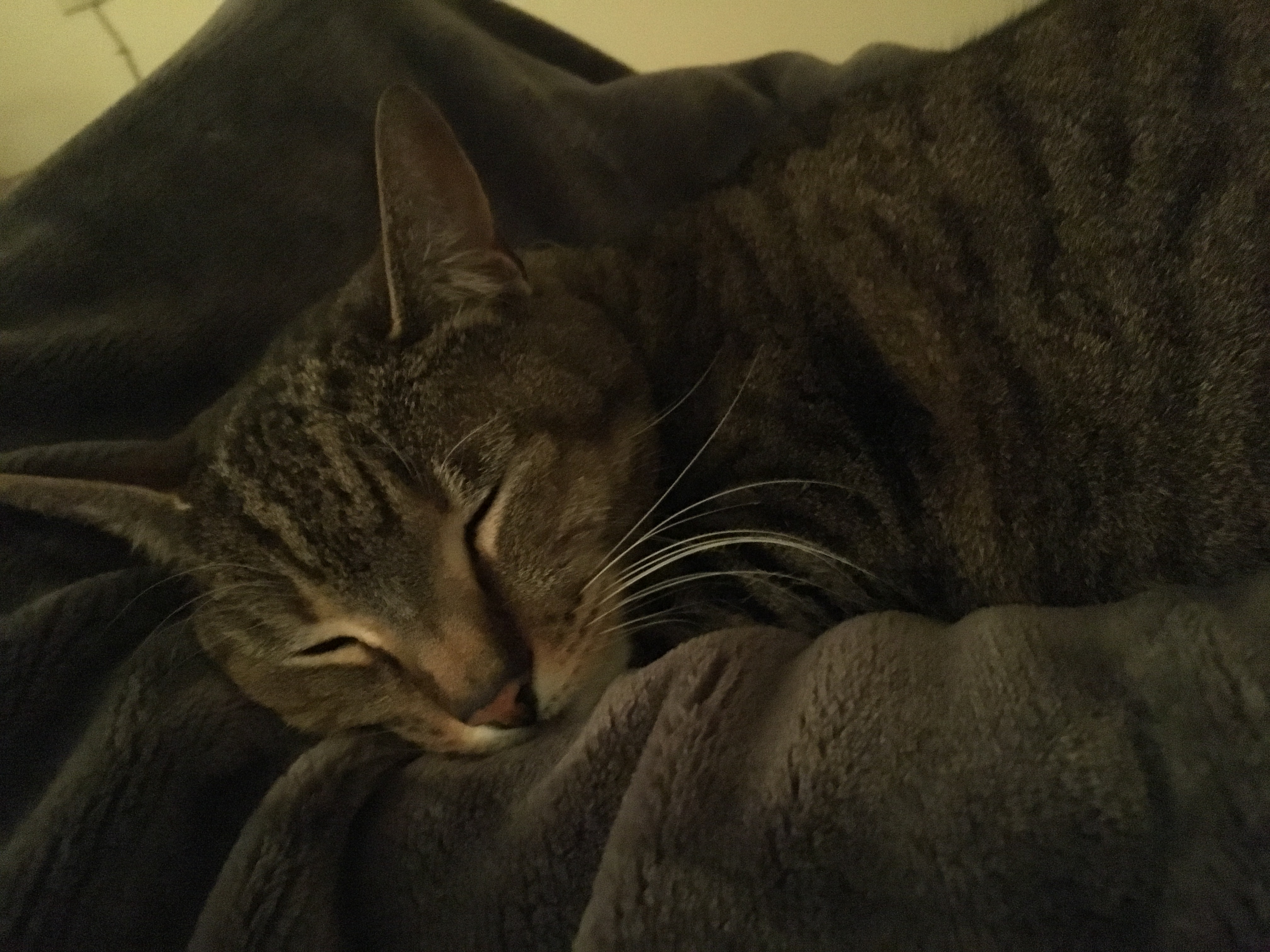 A certain someone seems to be settling into the new place quite nicely. Shaylee has mellowed in her age… in the past, a move would have sent her into hiding for at least 6 months. Now, she’s out and about from the jump and doing quite well exploring and checking things out. And from the looks of it, she has claimed my bed. Because, I mean, of course.

Now, I’m not saying that the ne’er-do-well is up to no good… all I’m saying is, nothing good ever came from a look like this.

Musings from a Tangled Mind
Blog at WordPress.com.
Loading Comments...