I cannot tell you the absolute disappointment I faced after this purchase. This is not fully functioning. It’s not even partially functioning. No Doctor. No time travel. Definitely not bigger on the inside. False advertising if you ask me. I’ll have you know that I sent it back post-haste with a very, very sternly worded letter.  I mean, what the hell, people!? I don’t care if it was on sale.  Is there no truth in advertising any more? 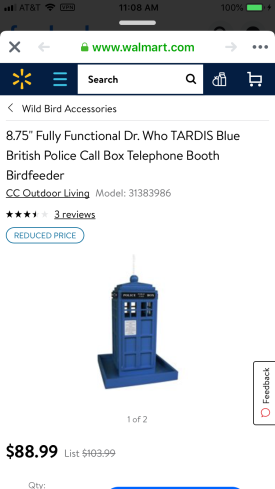 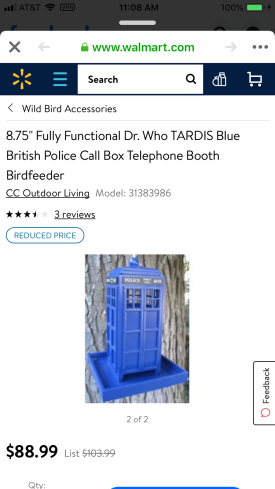 I got my annual, end-of-the-year fuck you “how ya’ doing” text from the ex today. He just wanted to let me know that everything that has ever gone wrong in the history of the entire world is still my fault. You know, in case you were wondering. Bless his heart. It’s just not the holiday season without this festive assault on my self-esteem.

I keep thinking to myself that one of these days I should write a cathartic, tell-all book, and then wouldn’t all hell break loose?  In the meantime, in a strange sort of way, I look forward to this unsolicited, if not predictable, bitchfest communiqué. It reminds me that all is right with the world.

Until recently, I had a personal trifecta, of sorts, in December … Christmas, my birthday, and my wedding anniversary, all three occurring within a week’s time.  I’m sure that the latter — or memory thereof — is in part responsible for my ex’s strict adherence to his twisted tradition.

I still have my trifecta … only it’s Christmas, my birthday, and New Year’s Eve. And I’m good with that. Great, in fact.

Only now, apparently, I’ve reached the age … or mentality … where going out to celebrate anything is overrated. It’s just not worth navigating the roads or the overcrowded parking lots of bars that are as equally overcrowded, not to mention loud.

I could claim that having attained a certain level of maturity (Remember?? I did mention my birthday right off the top… ) allows me to reflect on the fact that I don’t really need the hustle and bustle of the pub scene or a fancy dinner at a restaurant with cocktails after in order to enjoy this trifecta of holidays. I could say that the exorbitant amount of money I would no doubt throw away on libations and obligatory feast would be better spent elsewhere. I could even explain that drinking followed by the carnival ride that is the commute through my neighborhood is a dangerous and irresponsible thing to do.

There are so many valid reasons for my lack of celebratory motivation.

The fact that there is a week-long Doctor Who marathon currently airing on BBC America is completely irrelevant. Irrelevant, I tell you! Now, where the hell’s my remote!?

the words every nerd girl wants to hear …

My coffee pot died a few months ago. We had a funeral and everything. It was very sad. I loved that coffee pot like it was my own child.  To add insult to injury, I haven’t had the chance lately to visit the store in search of a few staples (half & half, sugar, a new coffee pot, blah blah blah) AND there was no time this morning to hit the McDonald’s for a fresh (semi-fresh?) cup of joe. It’s the one thing I miss about the very early way too early schedule during the school year. I could swing by the local golden arches and get my coffee before starting work. But not today. So, everything in my coffee this morning, including the sweetener, comes from a tin. Blech.

At least the cup is cool. 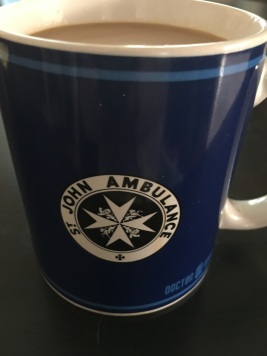 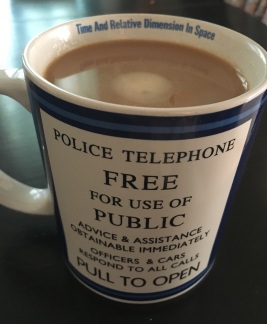 On two different occasions today, I had the opportunity to geek out – not an easy feat in my small town with a populace of well, shall we say, non-geeky residents. But today…today my nerdy little heart was simply skipping with joy. 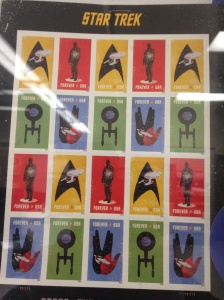 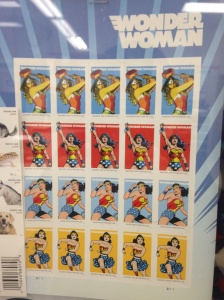 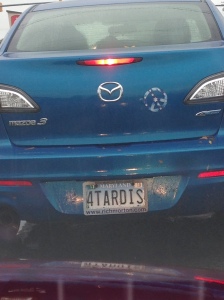 wonder if they’re looking for a companion?

So this Christmas is going to be a somewhat lean one for my kids and me – and that’s okay. It’s not something we can’t work through. As we were talking about gift giving for the upcoming holiday, we decided that we’d choose presents we could sort of give to ‘each other’ to share – communal presents as it were, within a certain cost range.

The choice of presents was theirs and theirs alone…I left that up to them and figured I would be content with whatever they decided. I just wanted them to be happy. They could’ve chosen anything. Here’s what they came up with. Needless to say, they did my geeky little heart proud. Our mutual love for Marvel Comics and Doctor Who runs deep. I love, love, love my Christmas nerds! 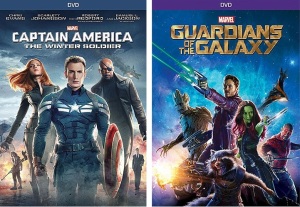 Sarah’s Choice (to add to our Marvel collection) 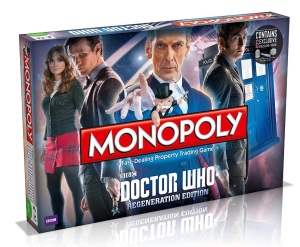 Jake’s Choice (we’re all Whovians in this house)

I would like to bring up something that amuses me to no end.  Okay, okay, I’m easily amused.  What can I say?  Anyway, the U.S. is on the cusp of celebrating the Fourth of July—a holiday that reaffirms the independence our forefathers fought valiantly to bestow to their future generations after escaping the clutches of British tyranny— yet we sure do seem to copy a lot of their stuff these days.

It seems like every show, movie, and game an American station airs is some knockoff of a British version. We copied the “…Got Talent” series. We re-vamped Being Human (even though ours sucked). We re-imagined Sherlock Holmes and Family Feud and Life on Mars and House of Cards and The Office. We even got The Weakest Link from them! Is American originality so far gone that we must import all the good ideas from England? Seems like it. Can’t say as I blame the producers really. It’s good stuff we’re talking about here. After all, they came up with Doctor Who. Which by the way has garnered a significant American fanbase (myself included).

When we do try to come up something on our own, something patriotic, what do we get? Jersey Shore. Teen Mom. Party Down South. And a host of Bigfoot hunting, river monster seeking, Honey Boo Boo inspired reality show detritus.  Okay, so maybe our thievery isn’t necessarily a bad thing after all. The last thing we need is yet another show about the nation’s pride in gluttony (10 pound stacks of pancakes and banana splits made with a full gallon of ice cream). The list goes on too. Check out all that we’ve “created” based on a British template.

It’s not just media either. We welcomed their music with open arms, which is great because it rocks. The Beatles, Dave Clark Five, The Animals…there’s even this thing called the New Wave of British Heavy Metal, a genre of music specifically targeting British metal bands that have influenced American ones. More examples, should you be interested, are here.

And what about the food? Brits get a lot of grief about their food, but I don’t buy into that negative hype. In reality we’ve stolen their fish & chips with gastronomical glee and taking in a daily tea is becoming more and more popular each day with those who want to be “hip.” Scones haven’t quite made their mark on this side of the Atlantic yet, but I wouldn’t be surprised if they were all the rage after this kale fad fizzles out. And I for one would welcome it. I love scones.

I can’t help but find it funny that for a country that once rebelled passionately against being anything at all like England, we sure are doing a hell of a  lot to mimic them now. 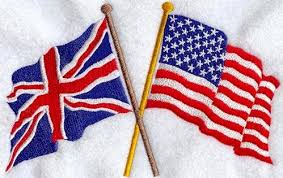 When you watch movies or read books about the future it normally falls into one of two categories. Either a) everything’s awesome and we’ve mastered technology to make life a carefree playground (e.g.: The Jetsons) or b) everything sucks because we’ve depleted all of our natural resources and are forced to regress back to Neanderthalic aggression for our survival. That’s all our entertaining prophecies seem to come up with: amazing or horrible.

Unfortunately, I think we’re veering more and more towards that unsavory post-apocalyptic Mad Max, Book of Eli, Terminator: Salvation sort of scenario. Sometimes I get a glimpse of something super cool, like it jumped out of a Doctor Who episode (for example, the driver-less car Google is testing on real highways, cell phones that track your eye movements so it can pause YouTube videos when it knows you’re not looking at the screen, TVs that respond to voice commands, and freakin’ Siri). Those are great and tell me that we have the minds to create things that can positively influence the progress of society.

But those are just glimpses. More often than not when I involuntarily think of the future I’m just reminded of Masters of Horrors: Dance of the Dead or Blade Runner. The greyness, the polluted rain, the morbidity as everyone on the planet knows that they got screwed by their ancestors. Or worse yet, and probably more accurately, Idiocracy. The fact that the Jackass movies always earn the top spot on their opening weekend is evidence enough of that.