So you may or may not have heard of the Village of Whitesboro, New York. But there’s been a heated controversy going on up there that rivals the skills of talented sitcom writers everywhere. Okay, maybe not everywhere. But definitely one specific set of sitcom writers.  I mean, the Parks and Rec crew couldn’t have come up with a better storyline if they tried.

It all centers around a town seal. No, not the horn blowing, smart as anything, cute as a button, yet can be a ferocious predator so stay away from them seals. But rather, a town seal. The kind towns put on their letterhead, their Town Hall, their police cars, their memorabilia, and everything else they widely share in order to let the world know just what kind of people live in their little town. Yeah. That kind of seal.

What could cause such controversy you ask? How could a (normally) boring town seal be such a problem? Well, this particular seal, because Whitesboro didn’t want some lame old seal no one would notice, depicts a white man strangling a Native American “friendly” wrestling match that the town founder, Hugh White, had with the Chief of the Oneida people way back in the day. This, in and of itself, is not a bad thing, but seriously, who is going to research all of this history when looking at the seal? First impressions, people.  First. Impressions.

And, believe it or not, this is not Pawnee, Indiana as one would expect from the sheer outrageousness of it all. With everything going on, it sure seems like an issue Leslie Knope would find herself valiantly battling, albeit most likely failing, in her small, less than enlightened, town. But unfortunately not. This is real, it’s happening, and it’s the truth of today. Unable to decide for themselves, or you know, do their jobs, the authorities of the town decided to put the decision, of either keeping or redesigning the seal, up to a vote among the citizens.  Who would have guessed that this is how it would end up?

I found it extremely interesting (cause I’m a nerd and do research and find odd things interesting) that what the town is so proud of that they had to go and put it on a seal to begin with is based on a cheat. From their OWN story, as told on their OWN website, it would appear their founder cheated his way to victory on that fateful wrestling day.

“He accepted the challenge, took hold of the Indian and by a fortunate trip, succeeded almost instantly in throwing him. As he saw him falling, in order to prevent another challenge, he fell upon the Indian for an instant and it was some moments before he could rise.”

A fortunate trip indeed.  And fearful of a challenge that he knew he would most likely lose, the founder did what any self-respecting politician would do. He took advantage of the situation for his own personal gain. IF this is even close to the truth. Reality may be even less kind to ol’ Hugh White. Nevertheless, good Hugh came out a hero, forever immortalized on a seal for the ages.

And he will be immortalized for the ages, because the town has decided to keep this seal.  When this news story first broke, I thought to myself, it’s okay, the town will surely turn out in droves and vote this ridiculous seal into oblivion. I mean, one would hope that the town could get their act together and vote for one of the many lovely, artistic options that were being offered up as an alternative. I mean, c’mon people. No one wants to see a real life Pawnee in the world. Right?  Right!?

But alas, I was wrong, as I am so often wrong in these matters.  Just 200 steadfast individuals out of the entire 3,000 Whitesboro citizenry bothered to show up on voting day. And their voices were heard loud and clear.

Changing the seal to something that would show their town in a positive light – something their town could be truly proud of – was apparently just not an option for them. 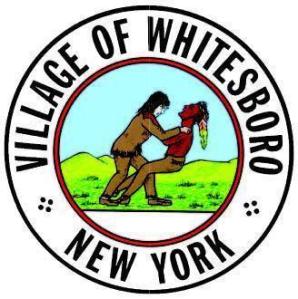 These aren’t quite available yet, so don’t get all excited, but they’re seemingly perfect for that special millionaire’s Christmas wish list once they are ready for production…with just a few hiccups.

I don’t envy anyone who lives in an area that sees earthquakes. All natural disasters frighten me…personally my area sees hurricanes and tornadoes. Earthquakes are freaky and scary, not to mention devastating, so it’s wonderful that someone is thinking of ways to protect people during such a terrible event. That said, I believe this particular invention might be just as scary as the earthquakes themselves. Check out the article, it’s brief, has lots of photos and even a video on how these beds work. But basically, they eat the occupant. Yes. In case of an earthquake, these beds swallow up the occupants…sort of reminiscent of your basic go-to terrifying nightmare that you struggle to wake up from.

Although I can see where these earthquake proof “beds” are really cool and might even make for a useful device — once they work out the kinks, such as possible amputations, decapitations, simple full body smooshes, and other scenarios worthy of a top-notch horror movie — I don’t think I’d get a wink of sleep from the stress and anxiety these beds would induce. Being consumed (ha!) by the thought of being eaten by my bed would not exactly be a restful state of mind for me.

Having worked in the construction industry for many years and thereby having come into contact with other, not so conscientious people and companies who built various things, I now realize that said “things” are only as good as the person who built them or inspected them. For instance, what if a particular worker in charge of an important component was hungover that day? Or angry at their spouse and distracted? Or just plain incompetent? What if the company cut corners to win the bid and bought material from a disreputable shop that sells knock-off, look-alike steel nuts and bolts that just can’t handle the structural load pressure of the job?  This is the same reason I don’t go on roller coasters or that insane horse-shoe shaped glass overlook at the Grand Canyon. I just don’t trust people that much. Of course my extreme fear of falling plays into it as well.

But I digress. Back to the people-eating beds.

What happens if a large, heavy work truck rumbles by your house, you know the kind I mean, the ones that make the windows shake, and the bed thinks it’s an earthquake and eats you? No-one’s home. There’s no emergency so people aren’t searching houses.  And you’re just there, living on rations until when?  Is there a timer on these things?  A code to get out?  I can barely remember my computer password; I’m supposed to remember a password for this thing when I’m under stress? Good luck with that. But hey, at least there’s food. I’d stock mine with cookies and Bailey’s. Just in case. Might as well enjoy the time I’m stuck in there.

Or let’s say, God forbid, there is an earthquake…the bed works like a charm, only now you’re stuck in a box that is covered with so much debris that you can’t get out (the article mentions this as being an issue). So you’re just sitting there, maybe for days, maybe for weeks, hoping for emergency personnel to show up and find you, meanwhile you’re watching your supplies dwindle. How do people know to look for you or even what to look for? Any alert sticker you may have put on the window is long gone. Is there an intercom on these things, so you can shout out, “we are here, we are here, WE ARE HERE” at random intervals à la the diminutive Whos from Horton Hears a Who? More importantly, where’s the bathroom?

Regardless of its functionality as a protective device, first and foremost this pimped out motion-activated, padded panic box should be a BED. It should be a place of rest. For me, sleep would be a moot point. I mean, really. In a torture device bed that looks like a waffle iron? Yeah. Right. I’d have nothing but fitful nights filled with images of Leslie Knope looming over me with a spatula in one hand and a bottle of Mrs. Butterworth’s in the other. Not exactly conducive to a good night’s rest. I’d wake up crankier than I do now, and believe me, no-one wants that.